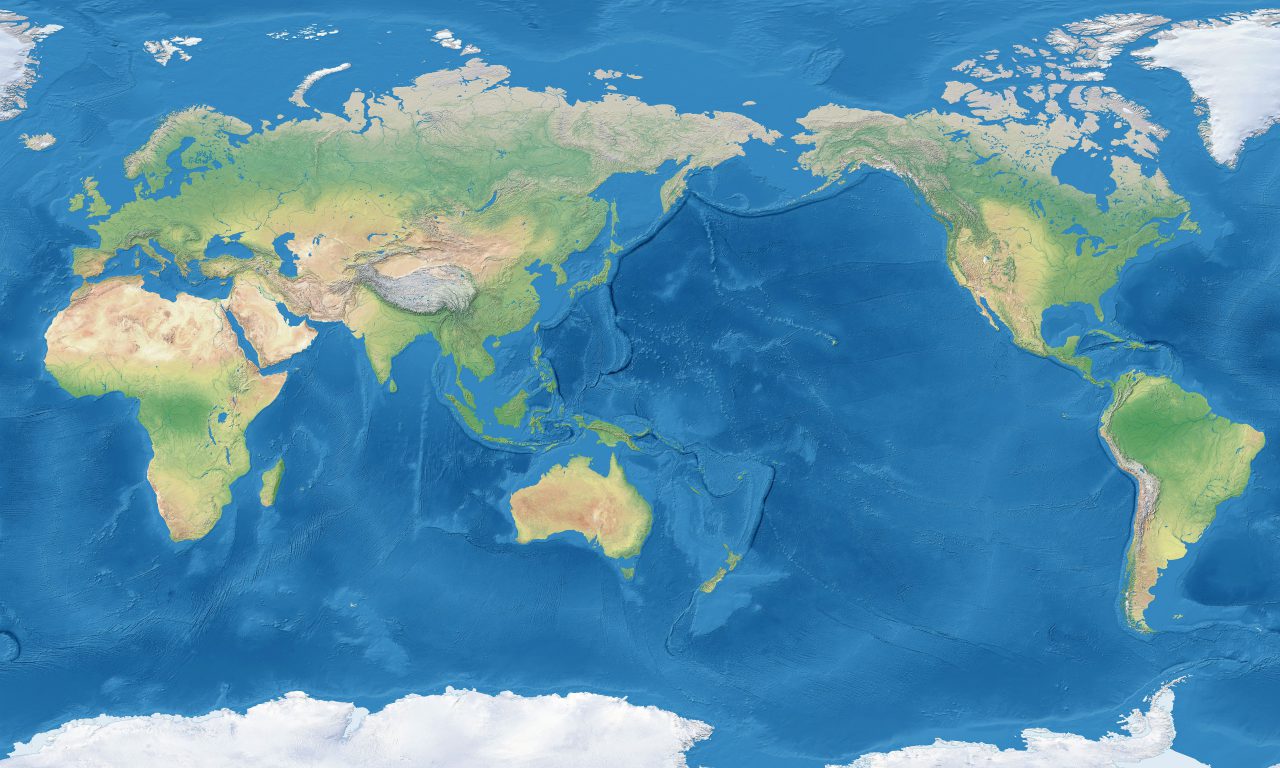 Mencius (372-289 B.C.E.), a philosopher of the“Warring States” period of Chinese history, is the most influential Confucian to take up Confucius’theory of morality and humanist vision for a flourishing society. He developed a sophisticated moral psychology as an elaboration of Confucius’ ethic of benevolence (ren) and account of the virtuous sage. He is known for his argument that human nature is innately good because of the existence of moral sprouts (duan)—inborn moral preferences or inclinations. He argued that moral virtue or proficiency could be cultivated through the nurturing of these ‘sprouts’through moral reflection (si), a process of analogical ‘extension’ from paradigmatic moral situations to novel ones. There are four moral ‘sprouts’ which correspond to the four cardinal virtues in Mencius: compassion is the sprout of benevolence (ren), shame is the sprout of rectitude/justice (yi), deference is the sprout of social propriety (li), and approval/disapproval is the sprout of wisdom (zhi). Formulated in an accessible style, Mencius’ philosophy offers an important perspective on moral reasoning, since he, like ancient Chinese thinkers in general, focuses on everyday moral situations as opposed to the quandary cases favoured by contemporary ethical theory. His argument that all humans possess compassion, through the famous allegory of the child about to fall into a well (2A6), presents him as a natural opponent to psychological egoism.

Key passages in the Mencius: 2A6 (the four sprouts, the child and the well allegory on universal compassion), Book 6 Part A (debates with Gaozi and other key passages), 1A7 (King Xuan and the sacrificial ox allegory on ‘extension’), 2A2 (self-cultivation: flood-like qi, farmer Song allegory), 3B9, 7A26 (denunciation of the ways of Yang Zhu and Mozi), 3A5, 6B4 (arguments against utilitarianism), 6B1, 4A17 (the context-sensitivity of rules).

Annotated selection from the Mencius: “The Doctrine of the Goodness of Human Nature” (Robert Eno, 2010: www.indiana.edu/~p374/Mengzi3.pdf)

Annotated selection from the Mencius: “Teachings on Self-cultivation and Qi” Robert Eno, 2010: www.indiana.edu/~p374/Mengzi2.pdf

Mencius: An Online Teaching Translation, trans. Robert Eno, (Indiana University, v.10, May 2016, http://www.indiana.edu/~p374/Mengzi.pdf. (A link to a longer version of this translation with more extensive commentary from Eno is provided in this resource)

Philip J. Ivanhoe, “Mengzi (“Mencius”)” in Confucian Moral Self Cultivation, , 2nd edition (Indianapolis: Hackett, 2000), pp. 15-28. A compact introduction to Mencius which highlights the historical and philosophical significance of his philosophy as an inventive defence of Confucianism taken up as a response to the Yangist and Mohist challenges of his time. (See also entry 4)

Kim-chong Chong, “The Orientation and Practice of Ren” in Early Confucian Ethics (Chicago: Open Court, 2007), pp. 19-34. A good discussion of ren (benevolence), the definitive characteristic of Mencius’ Confucianism, and how it expands and departs from Confucius’ understanding of ren.
Mencius as situated within Chinese debates on human nature:

A. C. Graham, “The Background of the Mencian theory of Human Nature” in Studies in Chinese Philosophy and Philosophical Literature (Albany: SUNY Press, 1990), pp. 1-66.(Can also be found in Essays on the Moral Philosophy of Mengzi, Eds. Liu and Ivanhoe) An important account of the ancient Chinese conception of human nature (xing) and of the significance of Mencius’ argument for the goodness of human nature contextualized as a response to the challenge to Confucianism from the Yang school (often compared to egoism).

Kim-chong Chong, “Debating Human Nature: Mencius and Gaozi” in Early Confucian Ethics (Chicago: Open Court, 2007), pp. 35-52. A helpful passage-by-passage explanation of Mencius 6A1-5 in which Mencius debates Gaozi in order to establish some key arguments for the goodness of human nature and its consequences for morality. Included is a lucid explanation of the child falling into the well example (2A6) where Mencius shows compassion to be innate and distinct from self-interested desire.

Manyul Im, “Moral Knowledge and Self Control in Mengzi: Rectitude, Courage, and Qi”in Asian Philosophy, 14: 1 (2004): pp. 59-77. A more difficult article than Chong’s, but an excellent resource for those still stumped by key points of the debate between Mencius and Gaozi. Im argues that Mencius’ understanding of human nature includes not just appetitive drives and moral intuitions, but norms that inhere in our innate appetitive and moral preferences. This enables Mencius to argue against Gaozi that justice/rectitude (yi) is not externally determined by social rules (li), but is as internal as the appetites (6A3-5). Im also explains “flood-like qi” and its relation to the heart-mind, the will/intention, and words/discursive knowledge. This is key to Mencius’ argument that a moral disposition cannot be forced into being through the imposition of external dictates. (2A2)

David S. Nivison, “Mengzi: Just Not Doing It (bu wei)” in Essays on the Moral Philosophy of Mengzi, Liu and Ivanhoe (Indianapolis: Hackett, 2002). Nivison explains Mencius’ understanding of moral capability and its significance for moral culpability and cultivation. This account goes to the heart of the dispute between Mencius and Xunzi on whether human nature is innately good. Nivison reads the core difference between their understandings of human nature as concerning the difference between Mencius’ contrast between “not doing” good and “not being able to do” good (Mencius 1A7), and Xunzi’s contrast between the theoretical capability and the practical possibility of doing good.

David B. Wong, “Reasons and Analogical Reasoning in Mengzi” in Essays on the Moral Philosophy of Mengzi, Liu and Ivanhoe (Indianapolis: Hackett, 2002). Wong contrasts Mencian reasoning with the ‘top-down’accounts found in utilitarianism (which includes Mohism) and deontology. Mencian reasoning takes paradigmatic moral experiences as authoritative rather than rules or principles. This type of reasoning involves intuition, feeling, and cognitive differentiation of relevant from irrelevant factors.

Philip J. Ivanhoe, “Confucian Self-Cultivation and Mengzi’s Notion of Extension” in Essays on the Moral Philosophy of Mengzi, Liu and Ivanhoe (Indianapolis: Hackett, 2002). Ivanhoe explains Mencian extension as the refinement of moral feelings as comparable to the self-cultivation that occurs in the learning of an aesthetic connoisseur.

Bryan Van Norden. “Mengzi and Virtue Ethics.”Journal of Ecumenical Studies 40:12 (2003): 120. Van Norden explains Mencius through a general framework for all virtue ethics as appealing to interlocking concepts of human nature, flourishing, the virtues, and ethical cultivation. He also addresses contemporary objections to the teleological elements in Mencius.

Manyul Im, “Emotional Control and Virtue in the “Mencius””in Philosophy East and West, 49:1 (1999), pp. 1-27. Im distinguishes Mencius’ virtue ethics from Aristotle’s in arguing against the predominant assumption that Mencian self-cultivation operates as a form of Aristotelian habituation as a perfection of moral feeling.

2 thoughts on “Mencius (Mengzi) on morality and human nature”